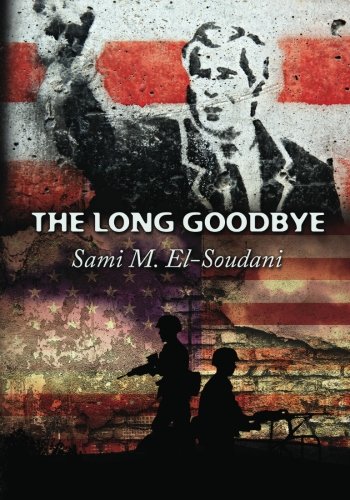 “The Long Good-Bye” is an expression of our hearts elation and rejoicing upon the conclusion of the Bush Dynasty era in American history. This book of poetry is aimed at awakening the people of the United States of America who have been subjugated to the tyranny of crony capitalism and terror of fear advocated by public officials dedicated to the service of special interest groups, and personally profiteering war advocates. In a poetic message the author is sounding an alarm, long overdue, that the Bush Dynasty era was marked with diligent service to America’s rich, while turning our fear of terror into terror of fear. The net outcome of such a “governing-by-deceit” strategy has been such that America’s sword was being turned, slowly but surely upon its own people and now that sword is slicing through the United States Constitution. More specifically, the “Bush Doctrine for the Twenty First Century” is advocating an unprecedented “America’s preemptive war” escapade, wreaking havoc in the world at large. This series of wars is given the misnomer title of “war on terror,” but in reality it is being waged with a mindset aimed at the oil rush for the Middle East oil fields, and specifically for expanding the U.S control of the helpless small nation of Iraq, among other similarly controlled small nation states, and protectorates in the Middle East. Today in the U.S.-occupied Iraq, and since the 2003 invasion of that country, the United States armed forces have already constructed 14 huge military bases, with each the size of a city. Thus all such claims that America is trying to get out of Iraq are no more than a camouflage, and a smoke screen, concealing a falsehood and a continuation of the Bush-Dynastic policy of governing by deceit. The truth is that presently Iraq has been earmarked for indefinite occupation and political instability by America’s huge military bases already on the ground in Iraq.